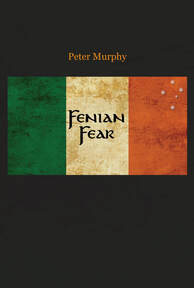 Introduction:
Concept of this website is to give better understanding of the role and sacrifices Fenians played in the campaign to achieve Home Rule for Ireland (Éireann), and in particular those Fenian political prisoners transported to Australia (1788 - 1868) for only wanting a free Ireland.
But before we go any further ... let’s get that one vexatious question out of the way: What exactly is a Fenian?
The term Fenian hails back to ancient Celtic times ( approx. 1000 years ago) when pagan tribes ruled Ireland, and one tribe that that stood out from the rest was the Fianna led by a warrior named Finn Mac Cool, who on legend was said to be the fiercest and most respected Fianna of all.
Back in those times, Ireland was constantly being invaded from tribes from the north of Europe, and it was Mac Cool and his Fianna who were called upon to repel invaders. Fast forward to mid 19th century when Ireland was occupied by invaders, notably the English, and the Irish famine (An Gorta Mór) was at its peak, the Fianna legacy would be resurrected to help banish the invaders and reclaim Ireland back to its rightful owners. Those banishers would be known as Fenians.

Fenianism in Australia:
To be a Fenian or a Fenian sympathiser during Australia’s colonial period, according to colonists loyal to the Crown, meant you belong to a secret society whose modus operandi was to overthrow the government.
In the Swan River Colony of Western Australia, 62 Irish political prisoners (Fenians) arrested in the 1866 Irish uprising arrived on the last convict ship (Hougoumont) to Australia (Jan 1868). On news of their arrival, Fenian Fear swept the colony, and with some colonists pleading with then Governor George Hampton to bolster the colonies defences in expectation Fenian prisoners may escape their captors and ransack the colony.
In a letter to Lionel Samson, a member of the West Australian Government Legislative Council, from William Burges, a landowner in the York district of Western Australia, who happened to be visiting England at the time of the Hougoumont’s departure from England (Oct 1867) to Western Australia, Burges, expressing his fear on the expected arrival of the Fenian political prisoners in Fremantle, wrote:
My dear Samson,
I write to inform you as a member of our Legislature of the very perilous position in which the Colony of Western Australia has been placed by the Home government sending out in the convict ship ‘Hougoumont’ which sailed last week for Western Australia a lot of Fenian convicts: such was the apprehension of an attack in the Channel that a man of war was sent by the Government to convoy them out of the Channel... [The Fenians] had attempted to rescue Smith O’Brien from Van Diemens Land, and they will surely attempt to rescue them by bombarding Fremantle, knocking down the prison walls, and letting six hundred ruffians loose to pillage and plunder the town and commit all sorts of atrocities. There is no attempt to daring or too wild for these Fenians: look at their attack on the prison van at Manchester, then their plan to seize and carry off Her Majesty from Balmoral, and
this day it is said that the shipping in all the London Docks is to be fired. When desperate men even talk of such attempts it is time to take preventive measures. No one can tell to what an extent this Fenian movement may reach. It is the duty of all reasonable and well thinking men in the colony immediately to request the Governor to communicate with the Admiral of the Australasian Station and to demand that a man of war shall be stationed at Fremantle so long as the Fenian movement in America shall last. This is your only chance of security from an American Fenian raid. There is no part of the Australasian Station more requiring protection or more entitled to it. Men ‘of War are sent to Stations not for the amusement of the Captain and Officers but for the protection of Her Majesty’s most loyal subjects.

Adding to Fenian Fear in Western Australia, an assassination attempt on Queen Victoria’s youngest son Prince Alfred at Clontarf, Sydney, New South Wales in 1868 by alleged Fenian, Henry James O’Farrell, would up anti-Fenian sentiment in NSW culminating in a Fenian witch-hunt led by anti-Irish Catholic crusader, NSW Colonial Secretary, Henry Parkes. Following the assassination attempt on Alfred’s life, Parkes was convinced an army of Fenians was about to descend on NSW and ransack the colony. And using his Fenian Fear rethoric to ramp-up anti-Irish Catholic hatred, Parkes was responsible for introducing some of the most draconian laws (Felony Treason Bill) into Australia’s fledgling democracy including a law making it illegal not to toast Queen Victoria during events.
However, after several police inquiries, there was no such Fenian conspiracy uncovered in NSW. O’Farrell, albeit too late to save his neck, would later be proven to be insane when he committed his crime (see Fenian Fear novel mentioned on our Book page). While in WA, most of the 62 transported Fenians would eventually be pardoned for good behaviour, with some going on to make a positive contribution to Australian society. However, 6 of the 62 Hougoumont Fenians would have to wait until 1876 to be rescued by their Fenian comrades in one of the most audacious prison escapes ever carried out in Australia’s colonial history, The Catalpa Rescue.
By late 1800s, when Australia’s 6 British colonies were heading for unification (1901), Fenian Fear had all but dissipated and those Irish emigrants, who had championed Fenian sentiments during the mid 1800s, would unite with their fellow colonists as one under the Australian flag.
Over the coming months, we’ll call upon the assistance of friends, historians, writers, researchers, authors and poets to help us delve into the background of those individual Fenian political prisoners transported to Australia for their crime of only wanting a free Ireland including their contribution to the fabric of Australian society. Our website will also promote literature, drama, film, poems, music and festivals dedicated to the Australian Fenians.